A few Bellotti’s materials were used to build the new office of the Lura Park in Caslino al Piano (CO).
The new building features very low environmental impact and it is built with a large square exhibition hall. The material selected for its construction, exposed reinforced concrete, is extremely rigorous; the formworks creates in its multiples (all built with Betonply® Bellotti) the entire structure of the building, designed in every detail.
The light, which was a fundamental element of the project, was “modulated” by the use of seventeen-meter long beams that leave a well-calculated space for patios and skylights. In the interior, ceilings, walls and furnishings are created with Bellotti Okoumè marine plywood panels.
The project called for a use not limited to carry out administrative functions but also to meet with schoolchildren to raise environmental protection awareness and inform citizens about the various initiatives and the main points of interest offered by the Park, so to give value and preserve it as a precious asset for the territory.
The architectural project and operation management are under the care of Architects Paolo Brambilla and Renato Conti.
The project won the award Magistri Comacini. 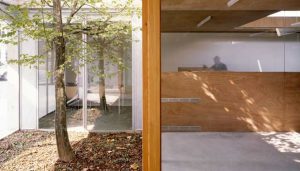 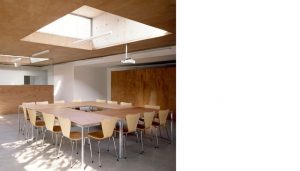 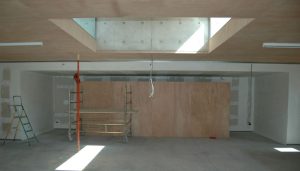 The wooden floors of the Bellotti Atelier line, designed by Sergio Sacchetti, were chosen by Bernazzoli by Ghilba for the international fair of furniture and design Salone del…

BELLOTTI AT SEATEC, COME AND VISIT US!

Bellotti spa is proud to be part of the set of the prestigious prizegiving Compasso d’Oro 2018 realizing special totem for this occasion using his particular composite panels.

Bellotti it will be present at the fair RAILWAY INTERIORS EXPO in Prague, 14-15 November, together with ANGST+PFISTER, one of leading engineers and producers of critical railway components…. 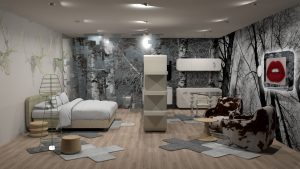 Also this year Bellotti is present at the Fuori Salone in Milan together with architect Simone Micheli for installing HEART’S SERVICED APARTMENTS for Art-Business-Mountain-Sea, which offers a new…

You can add any HTML here (admin -> Theme Options -> E-Commerce -> Promo Popup). We suggest you create a static block and put it here using shortcode